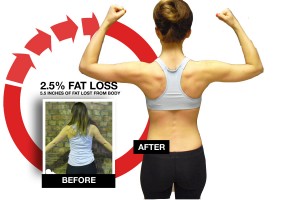 “It is my personal view that women are better suited to training women”
This is based on what I’d like to ask her?
Then in the article gives no scientific or research based evidence to support this.
So let look at a few factors.
1) There are between 730-850 gyms inside the M25.
2) Every single one will have a team of personal trainers.
3) Average personal training team is made up of say 8-12 trainers in a gym.
4) Female trainers will make up a 2 of those sometimes 3.
It is well known in the industry that there is a shortage of female trainers. So statistically looking at the numbers above if women were apparently far better off training with a female trainer, why have so many male trainers full books? With some of them having a 60-70% female client base ratio. Surely there cant be thousands of women out there all wishing they had a female trainer but just putting up with a male one until one comes along.
In my 11 years of personal training i’ve heard of one inquiry from a woman asking specifically for a female due to religious reasons only. It wasn’t based on the understanding of her “psyche” or her “emotional state”.
What a client does want and what this trainers website seems to lack (how funny) is hard proof of results of any kind. No before or after pictures, no body stats of clients over specific time periods. No hard evidence that what they do with there client  creates results.
Now i would like to pick up on a point made in the article which brings into question the intensity of training received from male trainers
“It is rare to see a man training a female client hard enough”
I ran this by the majority of my female clients (while they had time to take breath from being pushed to the edge of there fitness) and guess what they strongly disagreed…………. shock! This really isn’t a male or female thing, this is basically good or bad trainer thing. If you are leaving the gym fresh as a daisy and lightly perspiring while your trainer appears to be sweating more than you from chatting to his colleagues vigorously or from the piping hot cup of coffee he / she carries around like a comfort blanket, then chances are your with the wrong “person”, “personal trainer”, “trainer” – take your pick just don’t say male or female!
Now to my two favorite quotes of the piece that truly speak volumes about the article writers desperation to bang out a non scientific or researched based piece so they can try and claim a few SEO brownie points.
“Women don’t want to look like there male trainers”
Hold the phone this must be where i’ve been going wrong for the last 11 years. There was me thinking female clients wanted to look just like me, with the short brown hair and 2 day stubble effect! On a serious note women should train like men simple as that. It doesn’t work like this:
Boys lift weights
Girls run on treadmills / cross-trainers
They should be lifting as much as they can, controlled with specific protocols for their goals. For more info on these and training see here.
Quote two:
“Why find someone that talks German if you talk French?” (By the way i haven’t grammar corrected this quote, especially as my grammar isn’t Oxford degree level)
Well if you want to learn to speak German whats the best thing you can do? Find someone who speaks German, live in Germany and immerse yourself in the culture and the language. Throw yourself in at the deep end.
In conclusion, this is not an article about male of female trainers or a battle of the sexes or very clever twist on the “Men are from Mars, Women are from Venus” theory. I am simply saying that its about the quality and standard of the trainer and the result that you get as a client, not their sex.
For more info on what makes a good trainers read here.